Have you heard of the Eyrie? Well, let us take a look at how unique this cabin is!

Once upon a time, there were twin houses near Kaiawak on the Kaipara Harbour. They stand with pride despite their simple design.

And they don’t have doors.

Yes, the twin cabins don’t have doors, just windows. One climbs up boulders and would go through the window.

We were curious about this house too because we have never heard of a doorless house before. But when we saw these humble pair, we realized that it is possible to have a doorless home.

Designed by Nat Cheshire of Cheshire Architects, the house is called Eyrie. When we said they were humble structures, we really meant it because the pair looks simple but it received recognitions.

It was even named a winner of HOME magazine’s 2014 New Zealand Home of the Year award. Take a look at the video for a short tour of the house and the images that follow it. 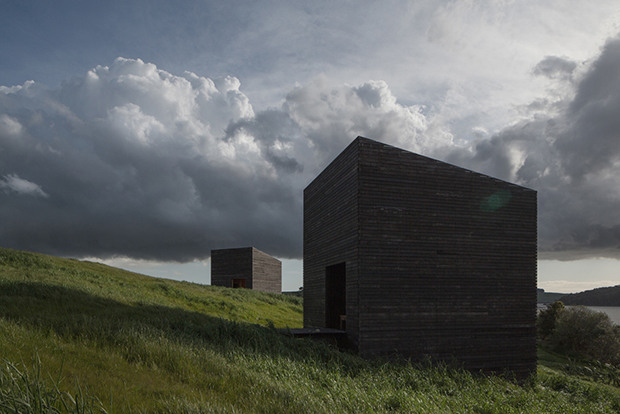 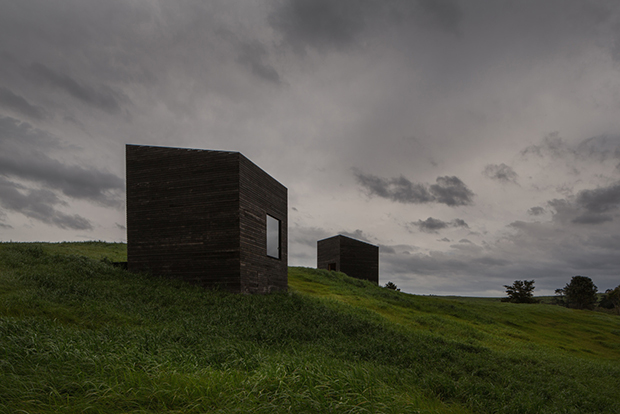 When you look at it, they look like ordinary boxes perched on a hill. 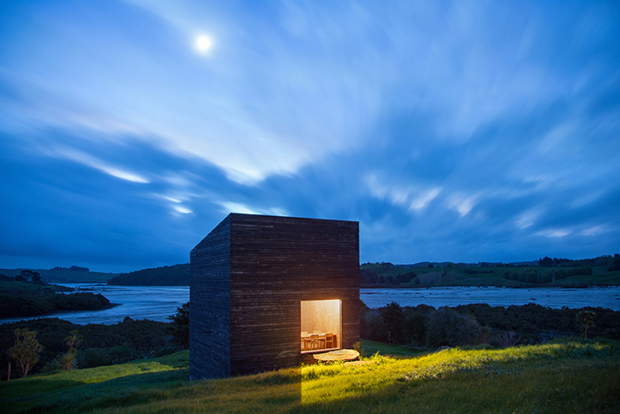 But it is actually a dwelling. A cabin with no doors. 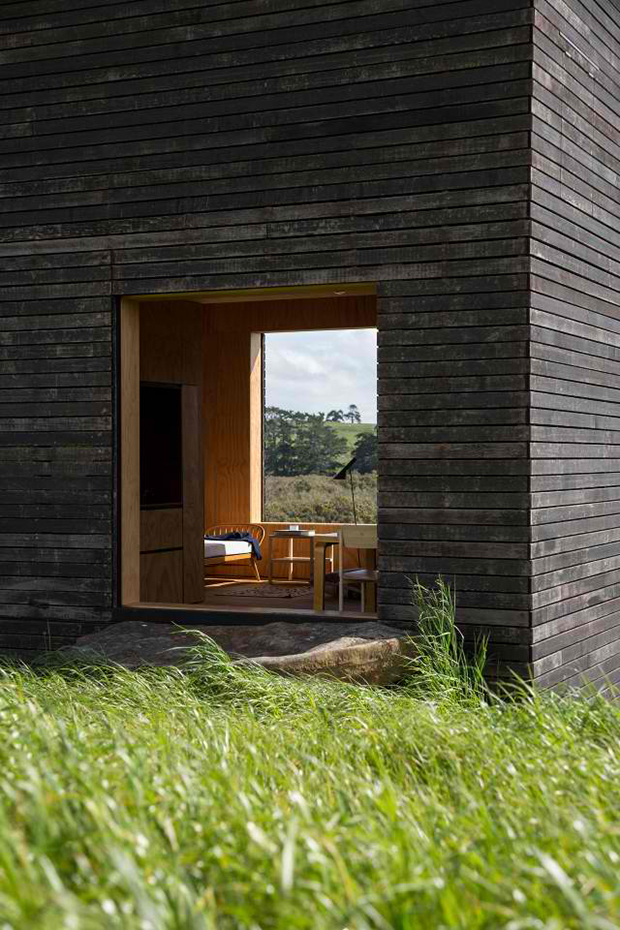 You can see the inside of the house without any barriers. Just look at it. The owners won’t bother. 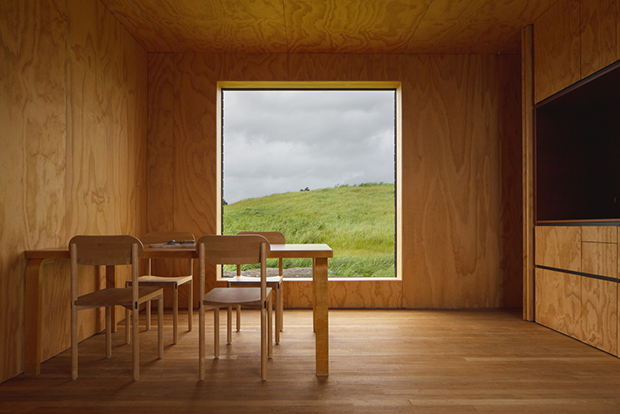 Instead of doors, it has large windows around it. The interior used wood too just like this dining area. 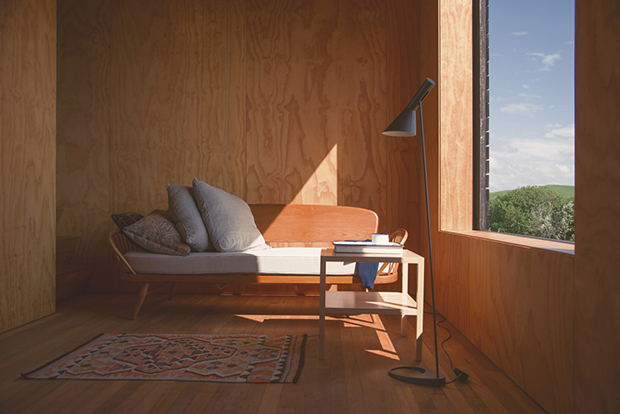 Its interior design is simple but beautiful and cozy. 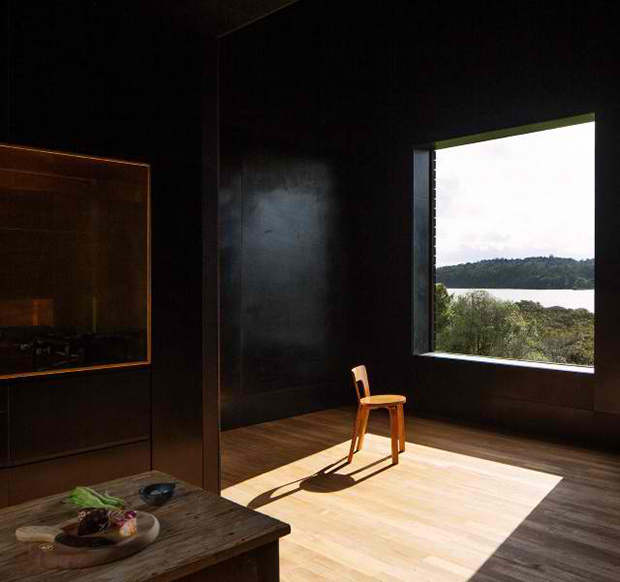 Another large window is seen in the kitchen that has black walls. 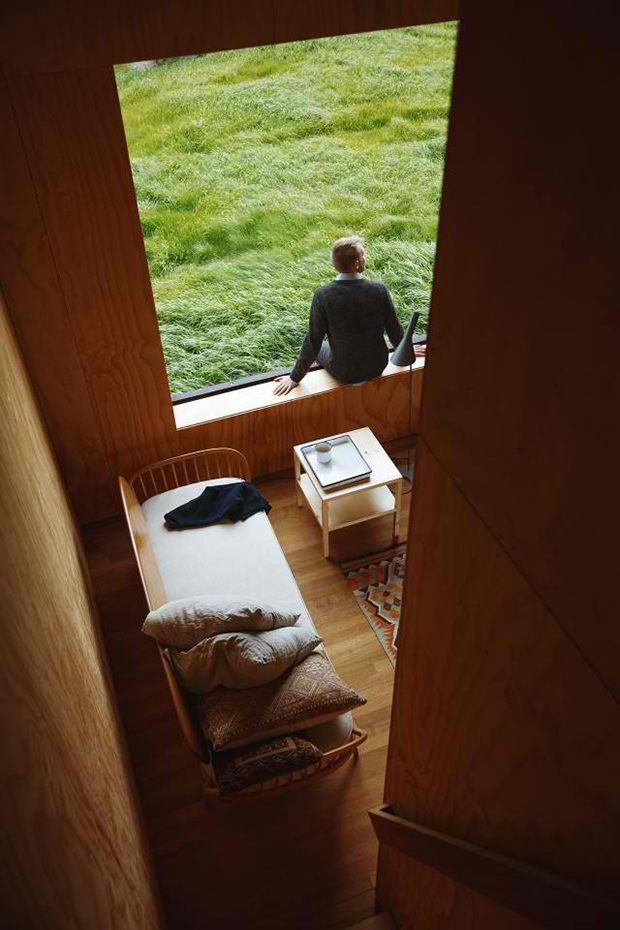 We like how the wood was retained without any finish. It seems to go with nature. 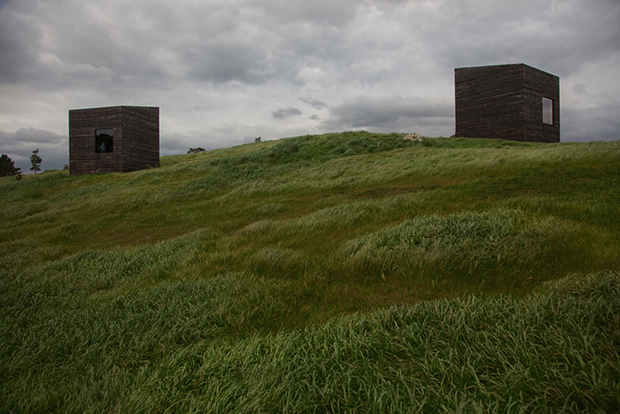 The two houses are barely larger than four sheets of wood. 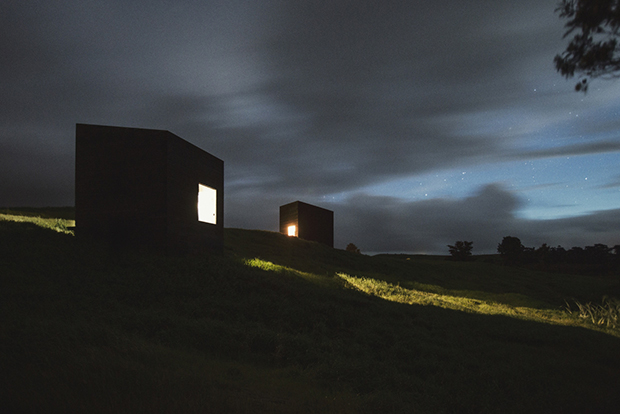 The outsides of the house are burnt black. When the lights are on inside, it looks very beautiful. And mysterious too! 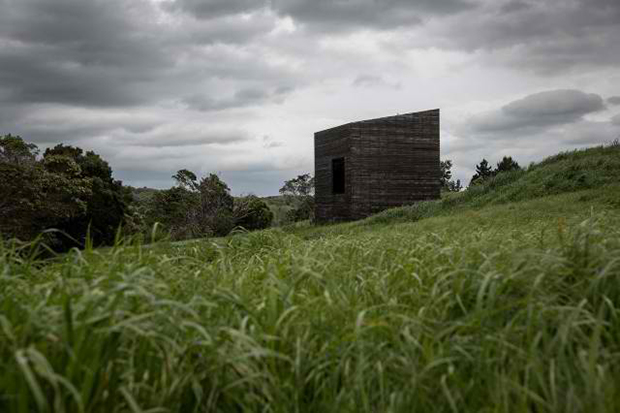 The house was treated like prisms and small boats that sit on the grasses instead of the ocean.

We know you might worry about burglars because we are thinking of it too. But we are guessing the place is kind of safe from any of these bad people.

We sincerely do hope the place remains safe from them. For sure, Nat Cheshire of Cheshire Architects have considered this.

So, what do you think of these doorless cabins? Let’s see what your friends will think about this too. Why don’t you share this post to them?