Would you consider living in a bus house? Yep, you read it right: a home in a bus. But it isn’t just an ordinary bus! You’ll see why!

Turtles aren’t the only ones who can go to different places with their homes. Even humans can do that just like some mobile homes or even the smallest house.

But of course, it would be better to really have a home that has everything you need. A house on wheels would definitely be awesome!

It is like you get two good things at the same time: a means of transportation and a dwelling. That is why we think that what a student did to a bus is really impressive.

Find out what he did that will make you green with envy! 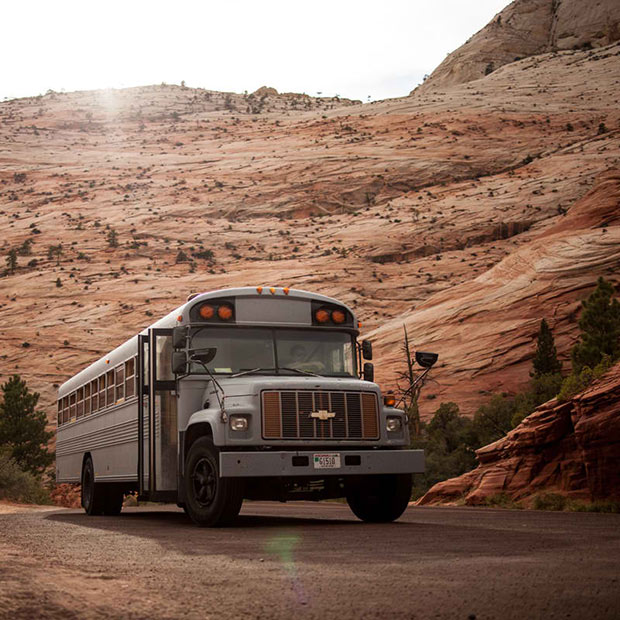 If you look at it, it is just an ordinary school bus. But it is not what you think it is. 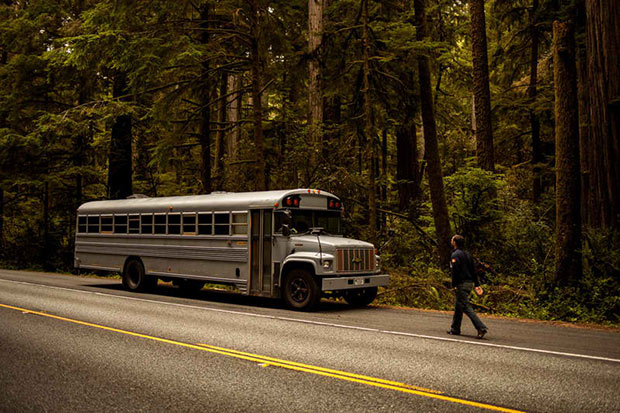 It is more than just a school bus. It’s not a commercial or a private bus that takes people places. 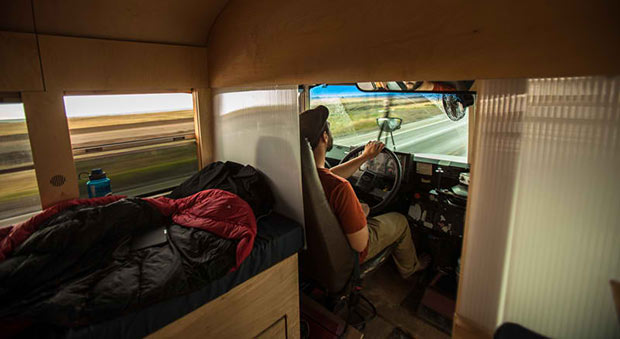 And no, he isn’t a bus driver either that will bring your kids to school. 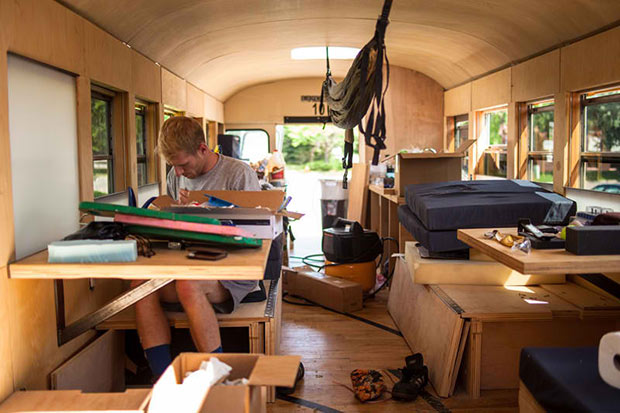 He is Hank Butitta, a graduate of architecture. He bought an old school bus on Craigslist for $3,000 for his final project. Hank transformed the bus for 15 weeks that is worth $6,000.

The bus house that was transformed into a home has a seating space. And it doesn’t just have four large seats, it can also be turned into a queen-sized sleeping area. 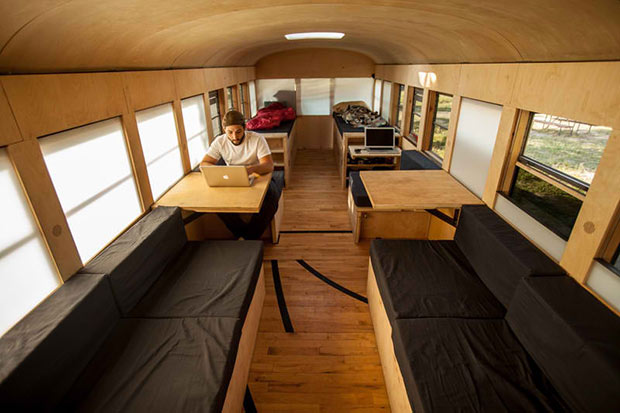 This is how it looks like in the morning when Hank wants to work. 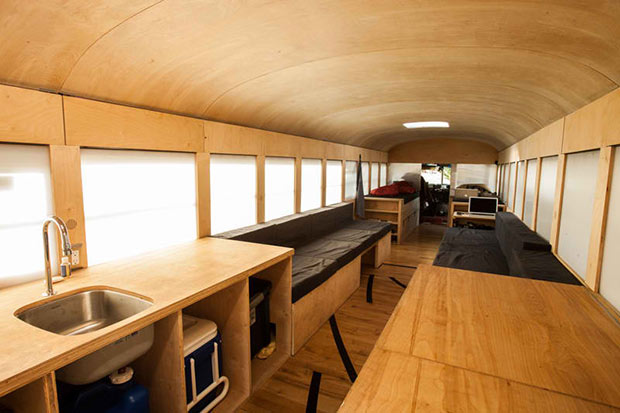 This versatile part of the bus house is just near the kitchen. Those at the sides have storage areas. 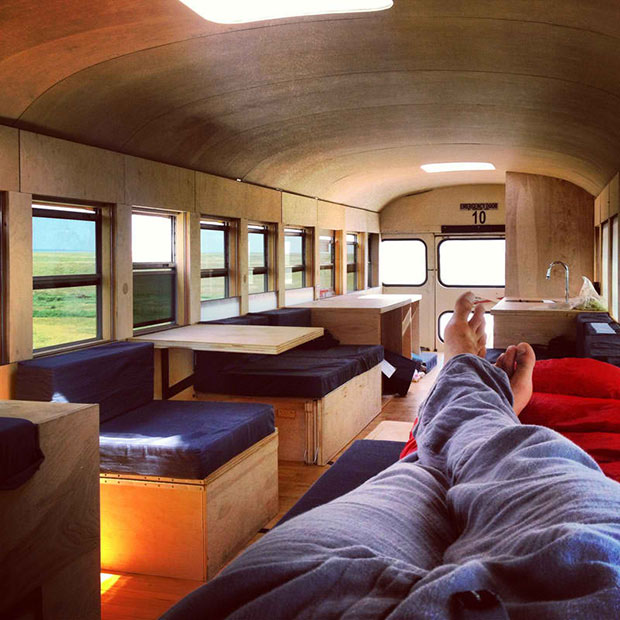 The woodwork inside the bus house is just impressive. It is neat and has everything one needs for a home, even a bed and dining area.

The sleeping area is comprised of two narrow beds, of equal width, on either side of the aisle. You can find drawers beneath each bed and built-in shelves facing the seating area. 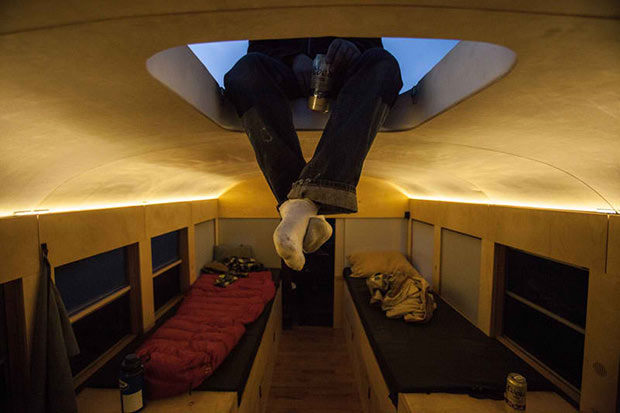 A strip of LED lighting is used in the interior and it has an opening on the bus. 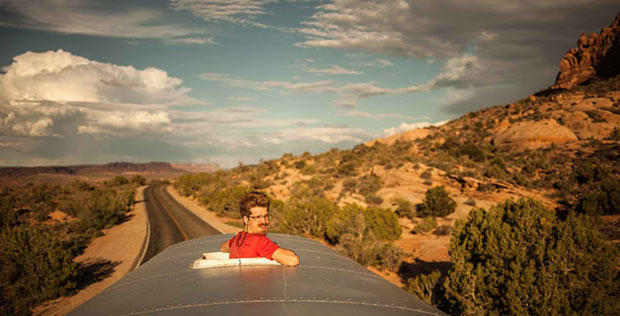 Its opening will allow one to look into the outside world even if the bus is moving. Just like that of a limousine, right? 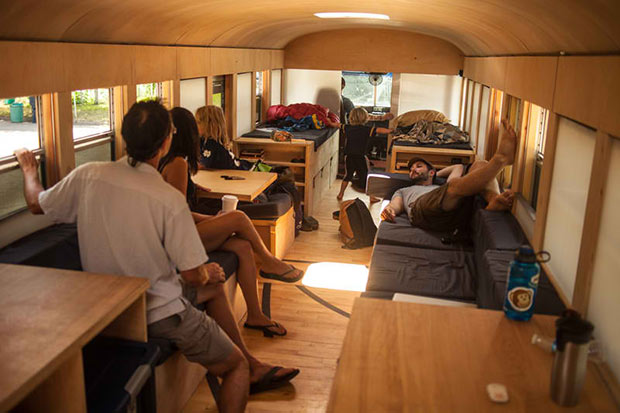 With the number of sleeping areas and seating areas in the bus, Hank can even invite his friends to stay. 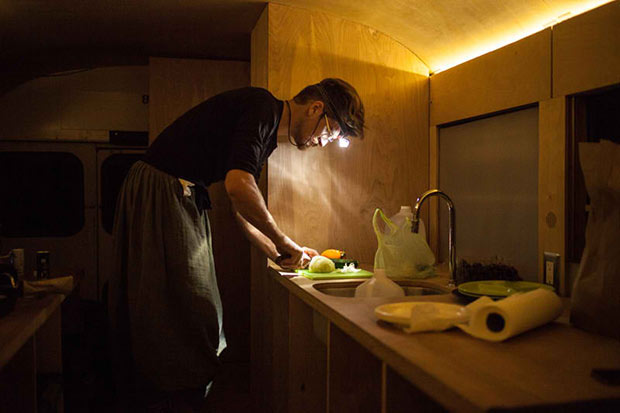 He can do everything on the bus just like normal homes. He can prepare his own food inside it too. 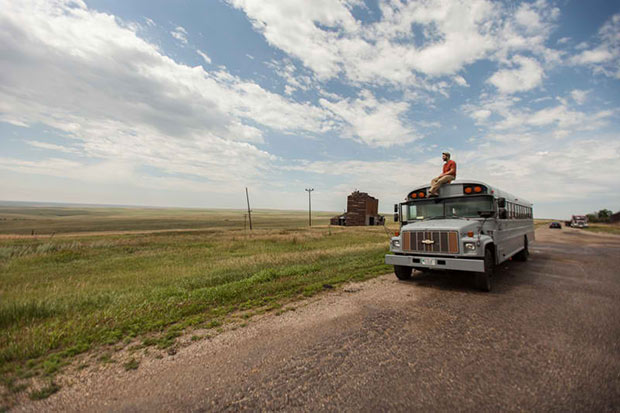 The 225 sq. ft. home in a bus house features reclaimed gym flooring with 28 inch wide windows as a modular guide. 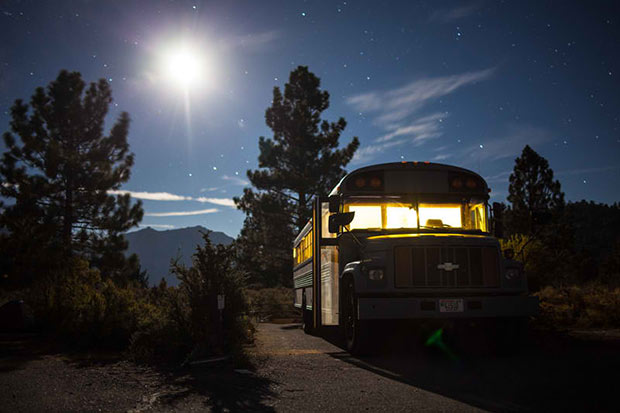 If you are curious about the layout of the bus, this will give you the answer.

The school bus can run at 10 miles per gallon. Even if it isn’t the most efficient bus, it would really be nice to travel inside it with the comforts of a home.

We think Hank aced his final project and we guess he will be a good architect because instead of designing buildings that are hard to build, he actually built one in a different set-up.

You can read more about this at Hank Bought A Bus.